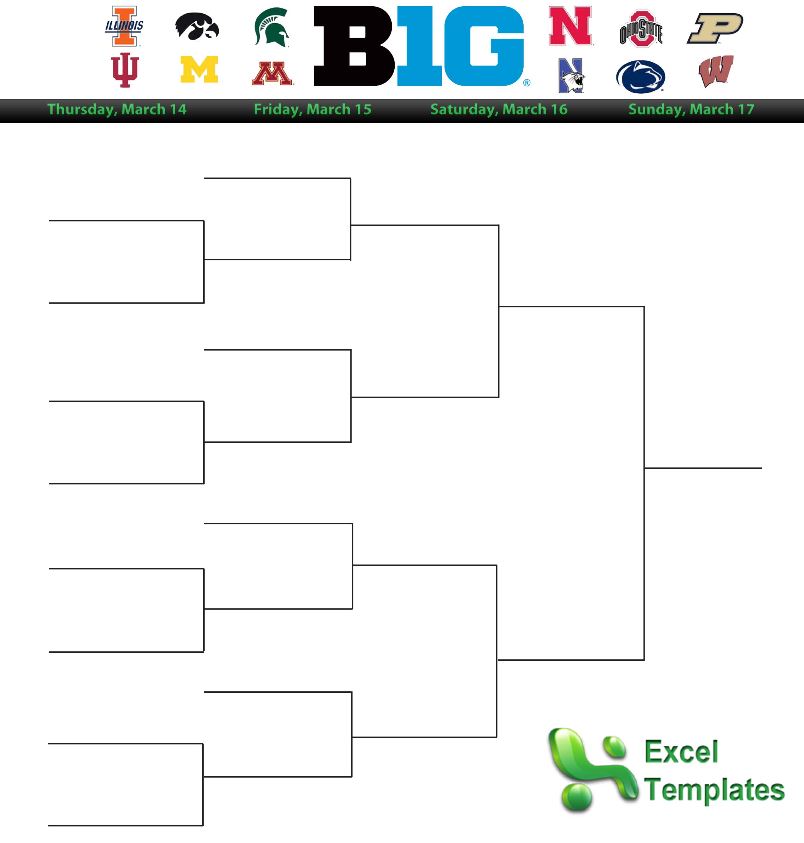 The eyes of the Midwest will be on the United Center in Chicago, Illinois when the 2016 Big Ten basketball tournament begins on Thursday, March 14th. The championship game for one of the toughest conferences in the nation will take place on March 17th. Fans and basketball enthusiasts can get a Big Ten tournament bracket sheet here. The brackets are free and can be downloaded instantly below.

The Big Ten tournament has only been in existence since 1998. That year, tournament Most Valuable Player Robert “Tractor” Traylor led the Michigan Wolverines to a 76-67 victory over Purdue in the first-ever championship game in Chicago. However, Michigan later vacated the victory after a scandal involving booster Ed Martin.

Illinois, Wisconsin and Iowa have each won the title twice. Purdue has the only other recognized tournament win. At #6, Iowa was the lowest seed to ever win the tournament in 2001.

The first four tournaments were held at the United Center, while Conseco Fieldhouse/Bankers Life Fieldhouse in Indianapolis, Indiana has also hosted the event eight times.

The history of the Big Ten women’s basketball tournament actually pre-dates that of the men. The first women’s event took place at Hinkle Fieldhouse in Indianapolis. Penn State slipped past Ohio State, 68-63, in the first championship game. The Nittany Lions also won the tournament the following year. Purdue has won a league-best eight tournament titles, the last of which came in 2012. Ohio State has won a four tournament titles with the last coming in 2011. To 2012, the tournament had been won by either of the two schools every year since 2006.