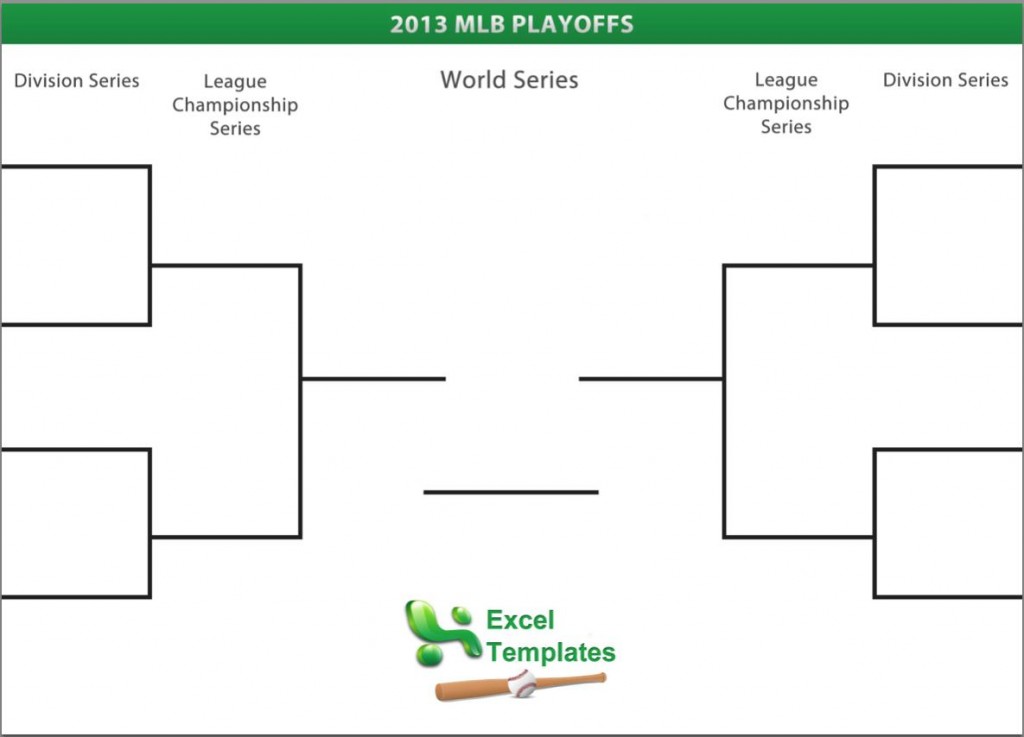 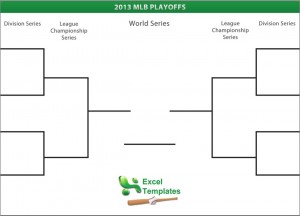 The MLB playoff bracket has expanded a great deal over the decades. The current playoff system is vastly different than the one instituted over 100 years ago.

Many fans like to create pools or contests using an MLB playoff bracket. A blank, printable and free bracket makes running one of these contests simple and easy.

Note: The information published throughout this page is for entertainment purposes only.

History of the MLB Playoff Bracket

The first playoff games that are recognized by Major League Baseball took place in 1903. “World Series” games began in 1884, but those games are considered to by exhibitions by historians. The Boston Americans beat the Pittsburgh Pirates in what is considered to be the first modern World Series.

The first MLB playoff bracket took shape in 1969 when the League Championship Series were introduced. The “miracle” New York Mets beat the Baltimore Orioles in the World Series after sweeping the Braves in the NLCS. The playoffs would consist of only the LCS and the World Series until 1993.

After a strike wiped out the entire 1994 playoffs, the format changed with the addition of the Division Series and Wild Card teams in 1995.

Now eight teams could earn playoff spots instead of four, and the postseason consisted of three total rounds. A total of five teams went on to win the World Series as a Wild Card team.

Baseball purists and new-age fans often debate over which playoff system works best, but neither can deny the excitement and unpredictability the new playoff bracket format has brought to the game.