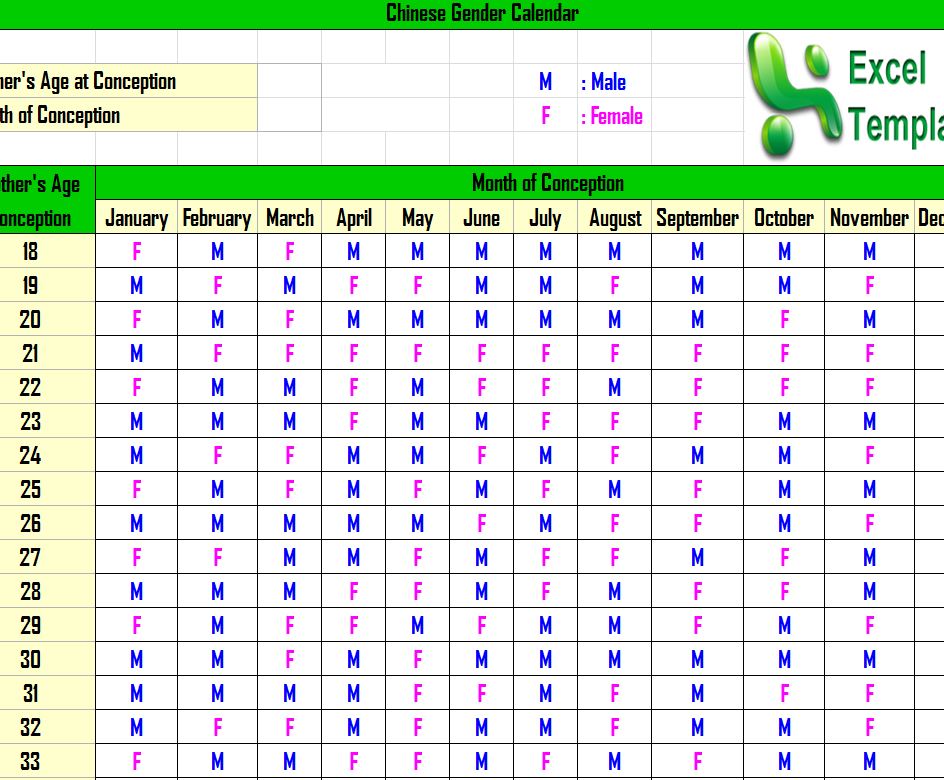 Attempting to accurately predict the sex of an unborn child is a practice that has been in existence for thousands of years. Since the dawn of mankind, expectant couples have sought ways to forecast the gender of their soon-to-be child. Couples curious about the sex of their unborn child can enlist the help of a Chinese gender calendar. The calendar can also be of great use to couples that are currently in the process of conceiving a child. This calendar template can be downloaded instantly at absolutely no charge.

As the story goes, the Chinese calendar gender predictor is believed to be 7,000 years old. The chart is considered to be one of the oldest known ways of attempting to predict a child’s sex before birth. It was discovered in a royal tomb by a Chinese scientist in Beijing 700 years ago. The chart now resides at the Institute of Science, which is also in Beijing. 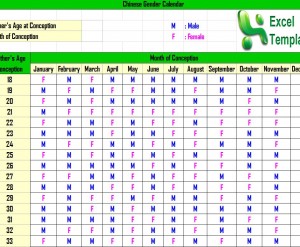 The concept of the Chinese calendar gender predictor is a simple one. The chart is based off the phases of the moon, otherwise known as the lunar calendar. The lunar calendar is 11 days shorter than the solar calendar, which is used in the United States.

It’s important to note that the age of the mother used is the age according to the Chinese calendar, not the Gregorian calendar used by Western nations, including the U.S. The accuracy of the chart is a point of continuous debate. Some say the chart is above 90% accurate, while skeptics claim its accuracy is no better than a 50-50 coin flip.

While advances in medicine and technology have rendered the chart obsolete in the minds of many, its popularity and widespread use continues to this day. Some also reference the chart after the birth of their child to see if it turned out to be correct.